get our free newsletter to stay inspired on all things for a happy home! How to Paint a Room in a Day 10 Tips for Traveling with a Toddler

When Owen was about 3 months old, we had a trip planned to Miami. We left that Friday morning for our early flight thinking we had plenty of time. We hit traffic, then there were crazy lines at check-in and security. Once we made it through, we sprinted through O’Hare—which is no easy feat—it’s a very busy airport.

Naturally, our terminal was one that requires you to go underground and then back up, and it was the LAST gate in the terminal. Rob carried our stroller up the stairs because we didn’t have time to wait for the elevator, and I had Owen strapped to my chest, trying not to bounce him a ton while we ran.

WE MADE IT—but only by 45 seconds. Literally, the check-in woman told us if we’d been there just a minute later, we would have missed it.

Needless to say, I hate that experience, I was stressed out from the moment we hit traffic until we’d gotten on the airplane. Having Owen in tow didn’t make it any easier.

Since then, we’ve learned a lot about traveling with a baby and traveling solo with a baby! When Owen hit about 18 months, he became a lot more opinionated and more mobile, which added a whole new layer to family travel. I still can’t believe we have a nearly two year old son!

I’ve learned a fair amount about what works best when traveling with a toddler. It’s extra fresh on my brain because I just did two solo flights with him on our trip to Aspen and if I’m being honest, I kinda felt like a pro this time!

Travel can be so stressful as it is, but throwing a kid into the mix only makes it more complicated! We love to travel, so figuring out what works best has been key to making our trips fun! These tips have saved us and have made traveling much less stressful, less complicated and more enjoyable for everyone!

So, here are my tips for traveling with a toddler

How To Travel With A Toddler

Arrive at the Airport Early

Don’t make our same mistakes! Traveling with kids is more stressful than traveling alone, there’s no getting around that. So, don’t make it more stressful by not showing up early enough!

Get there early enough to check your bags and get through security with plenty of time. I hate sitting in line, wondering whether or not I have enough time to get through and make my flight. If you have extra time, let your toddler run around and burn off some energy!

Now that Owen can walk, we really don’t need his big stroller when we travel. We’ve also run into some issues with airlines actually letting us gate check our regular stroller because of the weight. We figured it was time to finally get a travel stroller. We’ve loved our UppaBaby Cruz so much, so I was thrilled when they came out with the Minu!

It’s a travel stroller that folds down with one hand and is small enough to fit into an overhead bin. It’s under 20 lbs. too, so no one can make me check it, haha! This was a lifesaver on our last trip because it also has a good-sized storage area underneath to stick a bag or random kid stuff.

What To Pack In Your Toddler’s Carry On

Thankfully Owen eats real food and milk now, so if we get delayed at the airport, we can always get something for him. But, it’s better to be prepared!

The Best Toys For The Plane

I don’t like bringing too many toys because it’s just more stuff to keep up with, but having a couple things I know Owen will love is great! This last trip I bought these mini cars and saved them until our trip so they were new and exciting for him. I only packed six of them and I think he had two in his hands for the next four days!

I also got this busy board that folds up easily in our diaper bag. He won’t sit with it for too long, but I think it’ll be great as he gets older.

Bring These Items in Your Carry On

I always have my own water bottle, all my essentials, a few extra snacks—just in case—and an iPad. Owen still won’t sit and watch it for that long, but he’s getting better and it’s a great distraction even if it is for just a little bit. We don’t let him have much screen time at home, but the plane is an exception in my book! If you’re taking a long flight, a few good movies can make the whole trip far more enjoyable!

iPad Tip! Make sure you’ve updated your software and updated the app of the airline you’re flying so you can watch movies for free!

Wear Them Out Before the Flight

We always take Owen out of his stroller and let him run around the gate before we get on the plane. It’s nice to let him get some energy out before rather than keeping him in the stroller the whole time.

If you can, wait to board until the end of boarding. I know they have early boarding for small kids and families, but the more energy I can get out of him and the less he has to sit still, the better.

First tip, try to get a window seat! I don’t know about your kids, but Owen LOVES looking out the window! Especially before we take off. There’s always so much happening on the ground before take off and it keeps him entertained and busy. It also allows you to annoy less people if you have a lap child!

Secondly, if you can pick your seat, try to get a bulkhead seat! We got this on our last flight and here was so much extra space for him to play.

If you have flexibility, schedule your flight to either avoid nap times or fly during nap times. This one is personal because every kid is different. Owen doesn’t typically fall asleep well on the plane, so I usually plan to land before his nap so he can get there and go straight down for his nap. He did take a quick snooze on our last flight though!

When he was little, I’d try to schedule flights during nap time because he’d pass out in the baby carrier on my chest.

If you can! Owen is still traveling as lap child, but when he’s two and we have to purchase his own ticket, I think I’ll be bringing our car seat with us to put in the seat. I’ve heard from friends it just makes them less wiggly.

But, if you don’t want to, you can just check it, which is what we do now and it makes getting through the airport really easy because you don’t have to lug around that huge thing! We bought this travel carseat and this travel cover backpack (backpack was KEY for traveling solo) and it was a game changer! Before we were lugging around his huge heavy one and it was miserable.

I’ve found that people are generally super kind and understanding when you’re traveling with kids, especially when you’re alone. The flight attendants are always super gracious and helpful, as are total strangers! I had a guy offer to hold Owen while I went to the bathroom—maybe not for everyone, but I’d chatted with him the whole flight and learned he had 5 little kids of his own, so I felt he was in good hands for 2 minutes!

We haven’t taken too many road trips with Owen, but plenty of these tips could be applied for those trips as well!

BTW, tips for traveling with a baby, and Owen’s schedule at 12 months.

« Paper Bag Pants & Figuring Out the Next Step

Buy the Ticket, Take the Trip » 15 Ways To Be Sustainable In Everyday Life 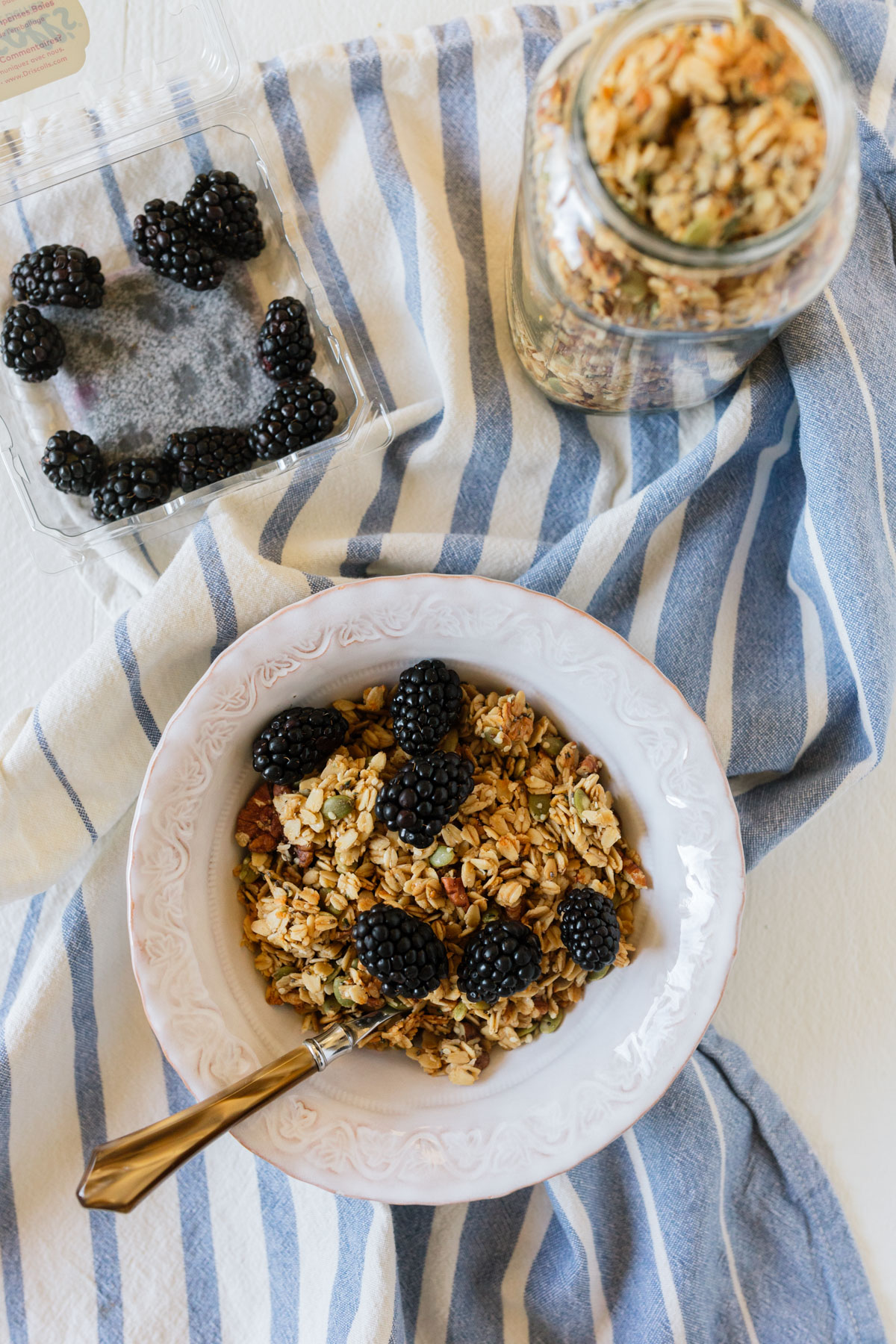 How to Easily Save Money This Month